for Conformity is a

across a multitude of 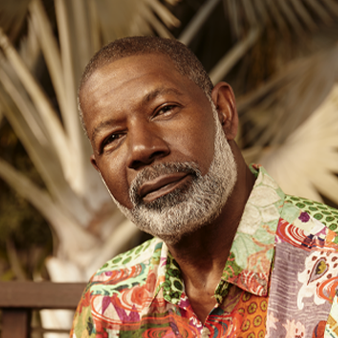 Dennis Haysbert thrilled audiences and critics to the edge of their seats in his groundbreaking role as President David Palmer in FOX TV’s hit series, “24,” for which he received his first Golden Globe nomination and two Screen Actor Guild nominations. He then starred as Sgt. Major Jonas Blane (Snake Doctor) in CBS TV’s action series, “The Unit,” which remains an iconic and culturally relevant television show around the world.

Dennis currently stars in Hulu-20th Century’s suspense-thriller, “NO EXIT,” following his starring role as GOD in Season 5 of the hit Netflix/Warner Bros. show, “Lucifer.” He also stars as Zipper in Walt Disney’s “Chip & Dale: Rescue Rangers” now streaming on Disney+; and as King Grayskull in the all-new Netflix animated series, “Masters of the Universe: Revelation.” In 2022, Dennis reprises his role as the mysterious Colonel in Sony Pictures-Destination Films action-thriller, “Sniper Rogue Mission.”

Dennis is a longtime supporter of the USO, joining the 2015 USO Spring Troop Visit with U.S. Vice Chairman of the Joint Chiefs of Staff Tour. This same year, he received the honor of becoming the newest voice of NBC News’ ‘Meet The Press,’ the longest-running television show in history.

Want to stay up to date on all of Dennis’ work?  Say “hi” on his Facebook and Instagram pages AND play his all-new Dennis Haysbert Trivia Games on his official website for a FUN and INTERACTIVE look at his career. 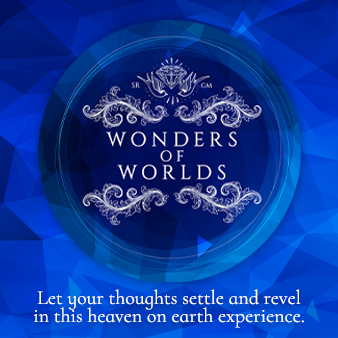 Sometimes we all need to relax …  unwind … and rejuvenate our bodies. Especially after high-intensity sports, long workdays, or when a great soak in the bathtub is all we can think about.

After your spa-like bath experience, apply Wonders of Worlds Rejuvenating Spray and Rejuvenating Salve, especially when you feel sore after physical activity.

What a world of difference they make!

For more information visit the official Wonders of Worlds product site at this link.

WE call them WOW!  You will too. 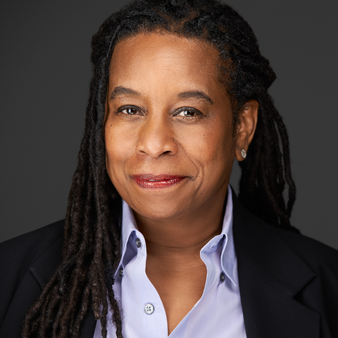 Juliette Robinson is a prominent public figure known for being an accomplished mentor, a perpetual advocate for justice, truth and fairness in criminal defense, and a basketball legend. Her lifetime commitment to excellence began during childhood and continued growing as she swiftly excelled in sports, choosing the University of Southern California as a bedrock for distinguished and disciplined accomplishment.

Juliette appears in HBO’s 2020 documentary, Women of Troy, honoring pioneering women in collegiate basketball. In 1982-83, Juliette held a starting position for the USC Trojans coming off their National Championship, serving as Team Captain with superstars Pamela McGee, Paula McGee, Cheryl Miller and Cynthia Cooper. Together, they won a consecutive two-time National Championship Title in 1984, paving the way for the establishment of the Women’s National Basketball Association (WNBA).

Juliette’s next career move was graduating from Law School at Western State University in just 2 years. Her captivating and inspiring oratory skills made a significant impact in Medical Malpractice and Criminal Defense. The depth of her soul’s passion resounds in her oral arguments, particularly in cases impacted by the Three Strikes Law, 25-years to-life imprisonment sentences, and cases facing the Death Penalty. Her passion for being a skillful advocate lead to her appearance in 2014’s Celebrity Crimes Files, Season 3, Episode 4: Touchdown to Lockdown, with Darryl Henley and Sam Hurd.

After 30 years in law, Juliette transitioned her practice into a new realm of passion for Artful Flexibility, Ingenuity, and Creativity in Expression. Juliette is actively sought for roles and appearances across all media platforms where her personality and professional background shine brightly through skillful debate and exceptional oratory presentations. Her unmatched track record of success is attributable to her commitment to integrity in business and entrepreneurship – principles that are admired and held in high esteem by fellow jurors, clients, peers, and media executives. 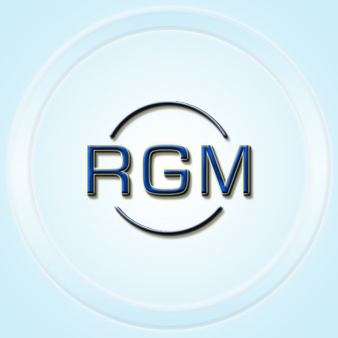 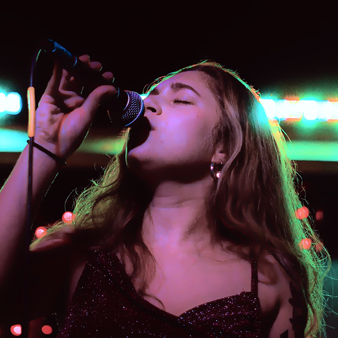 Sydny August is an R&B singer/songwriter from the northside of Chicago who finds inspiration from musicians like Aaliyah and Erykah Badu. She emerged on the Chicago scene toward the end of her junior year of high school, gaining recognition from several singles she posted on Soundcloud. These songs gained the attention of Chicago’s Power92’s radio personality, HotRod, who invited Sydny to the station in early 2017 for one of her first live interviews.

Around the release of her EP “6th Floor” in October 2017, Chicago street blog Lyrical Lemonade picked up Sydny’s sound calling her “… one of the best upcoming voices in the city” (Montanez 2017). Lyrical Lemonade features most of Sydny’s new music and video releases, while “6th Floor” made #41 on LL’s ‘Top 50 Chicago Projects of 2017’.  Currently in her senior year at the University of Kansas, Sydny continues performing at venues across Chicago, in her college town, Lawrence, and in Kansas City. Sydny collaborates with various artists from Chicago, Los Angeles, and Kansas City on songs and videos.

In the past two years, Sydny released four EPs — “6th Floor,” “August Project,” “UNI,” and “45.” She is currently working on her fifth EP, slated for release in October 2019. Her projects can be heard on your favorite streaming channel. Hear and see her music and videos on her website. You can also follow Sydny on Twitter and Instagram for her latest updates.

From the runway to the boardroom to your weekend getaway: fashion and celebrity stylist Marla Reid invites you to embrace the next highest version of you in wardrobe that is current, powerful, and elegantly stylish.

“The way clothes lay on your body stimulates my brain,” says Marla. “Extraordinary fabrics, textures, and colors can transform your look and elevate your career. When all eyes are on you, I make sure everyone is impressed.”

At her Los Angeles-based consulting firm, MakeWay Gurlz Inc., Marla assembles custom looks that deliver a “WOW-factor” – making everyone stop and take notice. Marla emphasizes craftsmanship and skill that complements individual preference. “We dress you in clothing that makes you feel comfortable, sexy, chic, and ready to make both bold and subtle statements.”

Marla Reid and MakeWay Gurlz is the exclusive stylist of actor Dennis Haysbert and the family of talent at GS Management Group, Inc. 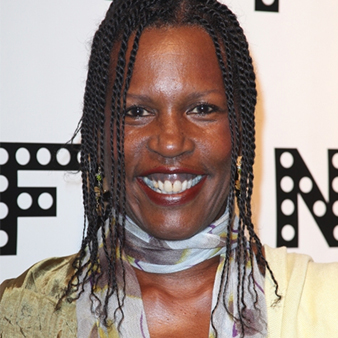 Pamela Poitier is a film and television actress who appears in Islands of Life, a beautiful documentary about the ecology, life, and environment of The Bahamas. Pamela also appeared in The Jackal, Ghost Dad, Liberty & Bash, and Abuse. Available for voiceover, guest appearances, and speaking engagements. 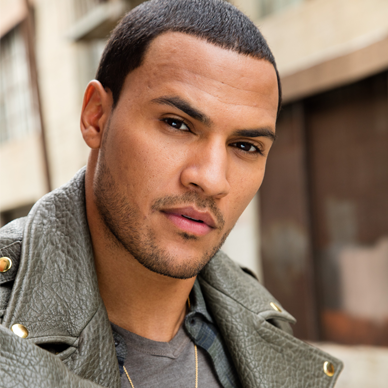 Andre Hall is seen in many TV shows and films including the 2016 release of Tyler Perry’s Boo! A Madea Halloween and the Action-Sci-Fi-Thriller, Alien Theory. Originally from Indianapolis, Andre’s modeling career ramped up quickly with major brands including Nike, Adidas, UGGS Australia, ASICS, Yurbuds, Sprint, and Bose. On stage, Andre starred in William Shakespeare’s Othello and A Midsummer Night’s Dream. Andre starred as a series regular on the Oprah Winfrey Network / Tyler Perry sitcom, Love Thy Neighbor. He also had co-starring roles on General Hospital, Young & The Restless, and Melrose Place. Want to know more about Andre? Follow him on Twitter and Instagram – and learn about his work on IMDB. 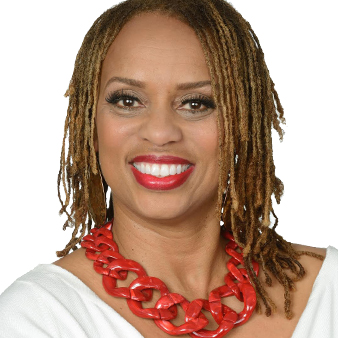 Rev. Jenenne Macklin is a professional speaker, voiceover artist, and career coach. With over 20 years of experience, she has helped thousands transform their lives and earning potential. Jenenne is a guide that helps evolve your relationship with money, focus your mindset to achieve greater profits, and unleash your purpose & peace of mind through spiritual prosperity principles and sacred practices. Jenenne shares this wisdom through practical application in your life. She rebuilt her life greater than her wildest dreams and is ready to help you do the same. Guest TV and radio appearances, voiceover, seminars. 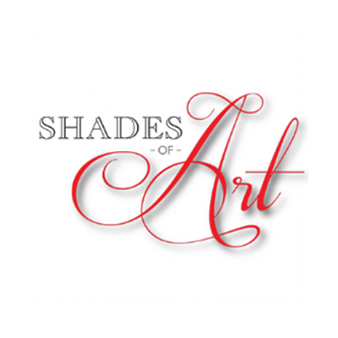 Shades of Art is an online retailer that sells original artwork by William Toliver, William Charles Palmer, John Thomas Biggers, and more. Browse our online showcase and learn more about the artists and their visually stunning work.

Our management relationship is the most effective platform to develop talent, capitalize quickly on economic opportunities, build ownership in intellectual property, expand direct engagement between artists and fans, and build success in the new entertainment economy. GS Management Group’s expansive reach in traditional and digital media enables our clients to reach audiences on every screen and listening device throughout the world.